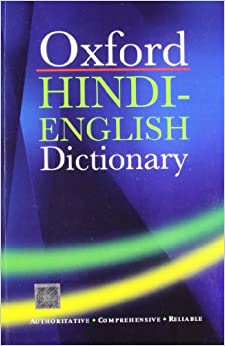 The new Oxford Hind-English Dictionary is a landmark in the description of Hindi. It is an essential reference for all those concerned with modern Hindi, whether students, scholars, translators, or in professional contexts.

The Dictionary reflects the dramatic development of Hindi in the twentieth century, giving extensive coverage of the modern standardized language, both spoken and literary. Its main features are that there are over 70,000 records, substantially illustrated examples showing words in use, area wise alternatives and coverage of Urdu vocabulary. The book is a very reliable source and a lifelong guide for the readers. The book is easily available on Amazon .in and comes in paperback format.

McGregor was born in New Zealand in 1929. His parents were Scottish. After obtaining his BA, he studied early English philology at Oxford and learned Hindi. He attended the University of Allahabad in 1959–60 to study Hindi. Best known as editor of the Oxford Hindi-English Dictionary, a standard reference work published in 1993 after a sustained effort of twenty years, McGregor was a Fellow of Wolfson College and retired as Reader in Hindi at the University of Cambridge.
No Review Found