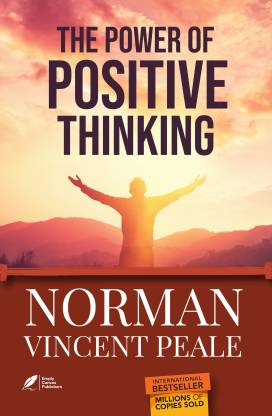 The power of positive thinking

BELIEVE IN YOURSELF ! Have faith in your abilities! Without a humble but reasonable confidence in your own powers you cannot be successful or happy. But with sound self-confidence you can succeed. A Sense of inferiority and inadequacy interferes with the attainment of your hopes, but self-confidence leads to self-realization and successful achievement. The greatest secret for eliminating the inferiority complex, which in another term for deep and profound self-doubt, is to fill your mind to overflowing with faith. Develop a tremendous faith in God and that will give you a humble yet soundly realistic faith in yourself.

Born in Ohio, USA, in 1898, Norman Vincent Peale grew up helping support his family by delivering newspapers, working in a grocery store, and selling pots and pans door to door, but later was to become one of the most influential clergymen in the United States during the 20th-century. Educated at Ohio Wesleyan University and Boston University, he went on to become a reporter on the Findlay, Ohio, Morning Republic prior to entering the ministry and went on to author some 40 books. Peale confessed that as a youth he had 'the worst inferiority complex of all,' and developed his positive thinking philosophy just to help himself.
No Review Found
More from Author