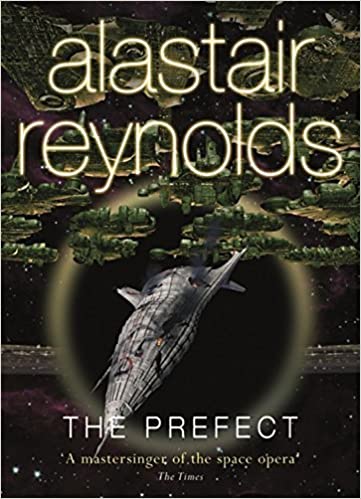 A rollercoaster ride through the dark and turbulent universe of REVELATION SPACE: an interstellar thriller where nothing - and no one - is what they seem ...Tom Dreyfus is a Prefect, a policeman of sorts, and one of the best. His force is Panoply, and his beat is the multi-faceted utopian society of the Glitter Band, that vast swirl of space habitats orbiting the planet Yellowstone. These days, his job is his life. A murderous attack against a Glitter Band habitat is nasty, but it looks to be an open-and-shut case - until Dreyfus starts looking under some stones that some very powerful people would really rather stayed unturned. What he uncovers is far more serious than mere gruesome murder: a covert takeover bid by a shadowy figure, Aurora (who may once have been human but certainly isn't now), who believes the people of the Glitter Band should no longer be in charge of their own destiny. Dreyfus discovers that to save something precious, you may have to destroy part of it.

Alastair Reynolds was born in Barry, South Wales, in 1966. He studied at Newcastle and St Andrews Universities and has a Ph.D. in astronomy. He stopped working as an astrophysicist for the European Space Agency to become a full-time writer. REVELATION SPACE and PUSHING ICE were shortlisted for the ARTHUR C. CLARKE AWARD; REVELATION SPACE, ABSOLUTION GAP, DIAMOND DOGS and CENTURY RAIN were shortlisted for the BRITISH SCIENCE FICTION AWARD and CHASM CITY won the BRITISH SCIENCE FICTION AWARD.
No Review Found