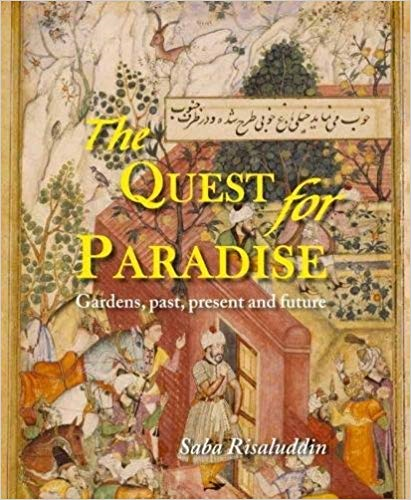 The Quest For Paradise: Gardens, Past, Present and Future

One of the fundamental myths is that of the lost paradise; the past as a Golden Age. In certain spiritual traditions, the lost paradise is imagined as a garden. In others it is an ideal landscape where all is in order, beautiful and fruitful. With the passage of time, in some traditions it also came to stand for the life to come. The Quest for Paradise is well-illustrated with reproductions of paintings, mosaics and textiles on the theme of gardens and the paradise legends.

Saba Risaluddin, who was born in England, is an established writer who has been described as “one of the most admired and authoritative writers in current gardening literature.” She has also written and broadcast extensively on interfaith issues. Here, for the first time, she unites her knowledge of these two seemingly different subjects, supplemented by her travels in Europe, Asia her late husband being from India, and North America. She has been living in Sarajevo, Bosnia and Herzegovina, since 1996, where she also works as a freelance translator.
No Review Found