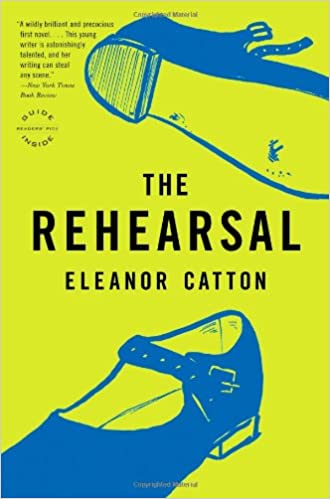 A teacher's affair with his underage student jolts a group of teenage girls into a new awareness of their own power. Their nascent desires surprise even themselves as they find the practice room where they rehearse with their saxophone teacher is the safe place where they can test out their abilities to attract and manipulate. It seems their every act is a performance, every platform a stage.But when the local drama school turns the story into their year-end show, the real world and the world of the theater are forced to meet. With the dates of the performances -- the musicians' and the acting students' -- approaching, the dramas, real and staged, begin to resemble each other, until they merge in a climax worthy of both life and art.

Eleanor Catton was awarded the 2013 Man Booker Prize for The Luminaries. Her first novel, The Rehearsal, won the 2009 Betty Trask Award and the Adam Prize in Creative Writing, and was long-listed for the Orange Prize and short-listed for the Dylan Thomas Prize. She holds an MFA from the Iowa Writers' Workshop and an MA in fiction writing from the International Institute of Modern Letters. Born in Canada, Catton was raised in New Zealand, where she now lives.
No Review Found