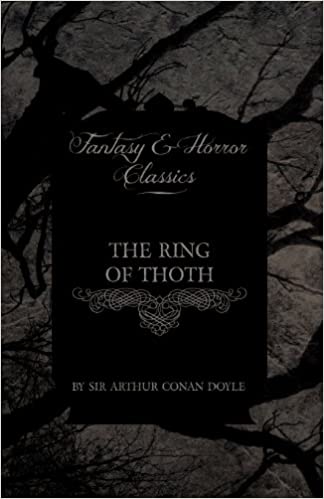 The Ring of Thoth (Fantasy and Horror Classics)

5
0%
0
4
0%
0
3
0%
0
2
0%
0
1
0%
0
Sir Arthur Conan Doyle, the creator of detective Sherlock Holmes, is the father of crime fiction. Originally published in The Cornhill Magazine in 1890, 'The Ring of Thoth' sees an Egyptologist visit the Louvre and witness a strange event. Many of the earliest occult stories, particularly those dating back to the 1900s and before, are now extremely scarce and increasingly expensive. We are republishing these classic works in affordable, high quality, modern editions, using the original text and artwork.