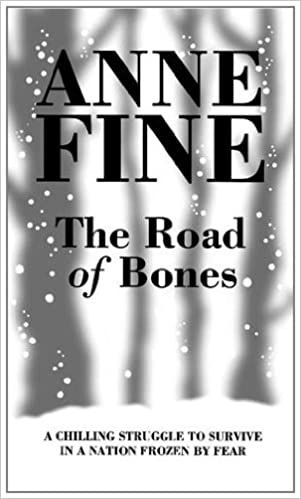 The Road of Bones

A chilling tale about belief and freedom. Yuri grows up under a stifling regime where there is no freedom of speech. One day he slips up, and is sent to a prison camp from which there seems little chance of escape...

Anne Fine has written numerous highly acclaimed and prize-winning books for children and adults. The Tulip Touch won the Whitbread Children's Book of the Year Award; Goggle-Eyes won the Guardian Children's Fiction Award and the Carnegie Medal; Flour Babies won the Carnegie Medal and the Whitbread Children's Book of the Year; and Bill's New Frock won a Smarties Prize. Anne Fine was named Children's Laureate in 2001 and was awarded an OBE in 2003.
No Review Found
More from Author