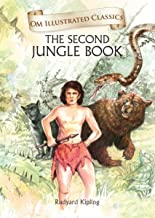 5
0%
0
4
0%
0
3
0%
0
2
0%
0
1
0%
0
Through The Looking Glass is the sequel to Alice’s Adventures in Wonderland. It is based on his meeting with another Alice, Alice Raikes. Set some six months later than the earlier book, Alice again enters a fantastical world, this time by climbing through a mirror into the world that she can see beyond it. The book takes a look at the world of the mirror and the world beyond it. Reflections, distortions, and fantasy are major ingredients in this wonderful book, which brings together the worlds of the child and the adult. Sparkling characters are found in the narrative, ranging from Humpty Dumpty to the Red Queen to the Unicorn. The story opens on a snowy, wintry night, uses frequent changes in time and spatial directions as a plot device, and draws on the imagery of chess. In it, there are many mirror themes, including opposites, time running backwards, and so on.