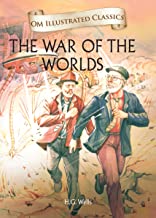 5
0%
0
4
0%
0
3
0%
0
2
0%
0
1
0%
0
All Dâ€™artagnan ever wanted was to one day become a part of the French King, Louis XIII majestic Musketeers. And when he is befriended by Athos, Porthos and Aramis, three of the Kingâ€™s most able Musketeers, Dâ€™artagnan finally feels like he is on the right path. But trouble comes calling. Suddenly, France is caught in a political conspiracy at the hands of the powerful, Cardinal Richelieu. The Cardinal has come up with an evil plan to humiliate the Kingâ€™s wife, Queen Anne, in an attempt to snatch the throne of France and take over the reins of the country. Now, Dâ€™artagnan and the Three Musketeers must fight against the Cardinalâ€™s sinister schemes, even as the threat of war looms large over France. The Three Musketeers and their young friend have to stop the evil forces and save France from falling into the wrong hands. Together they fight, and stay victorious, and keep alive. They are -- â€œOne for all, and all for one!â€

Herbert George Wells was born at Atlas House, 162 High Street in Bromley, Kent,[13] on 21 September 1866.[4] Called \"Bertie\" in the family, he was the fourth and last child of Joseph Wells (a former domestic gardener, and at the time a shopkeeper and professional cricketer) and his wife, Sarah Neal (a former domestic servant). An inheritance had allowed the family to acquire a shop in which they sold china and sporting goods, although it failed to prosper: the stock was old and worn out, and the location was poor. Joseph Wells managed to earn a meagre income, but little of it came from the shop and he received an unsteady amount of money from playing professional cricket for the Kent county team.[14] Payment for skilled bowlers and batsmen came from voluntary donations afterwards, or from small payments from the clubs where matches were played.
No Review Found
More from Author