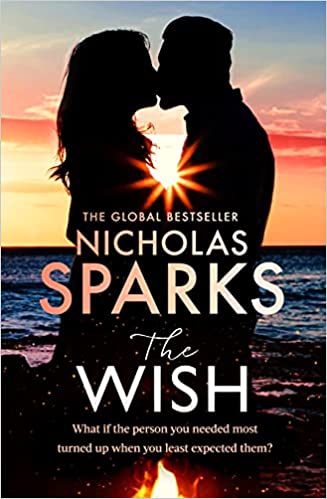 Maggie hasn't told this story in years. More than two decades ago, she fell in love.

She was sixteen and far from home, waiting to give her baby up for adoption. Bryce showed Maggie how to take photographs and he didn't judge her for the way her belly swelled under her jumper. They had the perfect first kiss. Theirs was a once-in-a-lifetime kind of love.

Now, as Maggie sits by the Christmas tree in her gallery telling her story, surrounded by the photographs that made her famous - the photographs Bryce never saw - her new gallery assistant asks her a question.

Maggie always thought she knew the answer to that question. But before she can say 'I'd go back to that winter with Bryce', she stops herself. It is all she has ever wanted but suddenly here, on this dark night under the twinkling stars, there is something else she wants. She wants to find her baby.

A heart-wrenching story about discovery and loss, The Wish is a reminder that time with those precious to us is the greatest gift of all.

'This one won't leave a dry eye' Daily Mirror

'Pulls at the heartstrings' Sunday Times

With over 105 million copies of his books sold, Nicholas Sparks is one of the worlds most beloved storytellers. His novels include thirteen number one New York Times bestsellers. All Nicholas Sparks books have been international bestsellers and have been translated into more than fifty languages. Eleven of his novels have been adapted into major films - The Longest Ride, The Best of Me, Safe Haven, The Lucky One, The Last Song, Dear John, Nights in Rodanthe, Message in a Bottle, A Walk to Remember, The Notebook and The Choice. For all the latest news from Nicholas Sparks, sign up for his e-Newsletter at www.nicholassparks.com, and follow him on Facebook and Twitter: @NicholasSparks.
No Review Found
More from Author