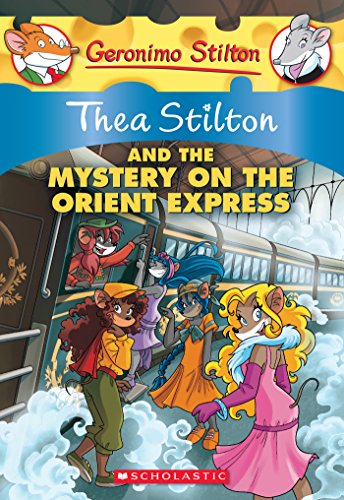 5
0%
0
4
0%
0
3
0%
0
2
0%
0
1
0%
0
Geronimo's adventurous sister Thea narrates this fabulous adventure that's packed with action, mystery, and friendship! The Thea Sisters are boarding the famouse Orient Express for a journey from Paris to Istanbul! The train is on a special trip to return a precious wedding dress stolen years ago from an Istanbul museum. But there's a rumor that the mysterious Acrobat Thief will steal the dress from the moving train! The Thea Sisters are determined to foil this super-sneaky mouse's plans.