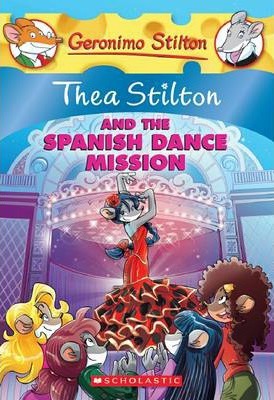 5
0%
0
4
0%
0
3
0%
0
2
0%
0
1
0%
0
The sixteenth book of the Thea Stilton series Thea Stilton And The Spanish Dance Mission: 16 takes you to an action and adventure ride with some great twists and turns, with funny and empathetic moments. Readers are also introduced to new places and cultures with their details like Spain and Feria de Abril. Mostly the story focuses on having an adventurous life, the values of friendship and the importance of teamwork.