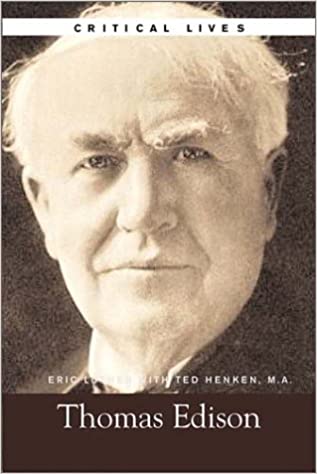 Thomas Edison was a complex and intriguing individual whose life personified ingenuity and whose work changed the world with over 1,000 inventions―bringing us the incandescent light bulb, the phonograph, motion pictures, the electric chair, and more. About.com lists over 26,000 Web sites devoted to Thomas Edison and his inventions.

Rudolph Valier Alvarado received his Doctorate in Fine Arts from Texas Tech University in Lubbock, Texas. Upon graduation, he accepted a position with Henry Ford Museum and Greenfield Village in Dearborn, Michigan. He served there for four years as the Daily Programs Leader in charge of program development and day-to-day operations of Thomas Edison's Menlo Park Laboratory, Sarah Jordan's Boarding House, and Edison's Ft. Myers Laboratory. He has taught at the University of Michigan and has served as a consultant for museums throughout the country. His first book, co-written with his wife, Sonya, titled Drawing Conclusions on Henry Ford, was published by the University of Michigan Press in 2001. Alvarado's work has also been published in The America's Review, The Texas Observer, The Southwest Digest, The Southwest Theatre Journal, El Central, and El Editor.
No Review Found