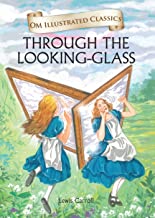 5
0%
0
4
0%
0
3
0%
0
2
0%
0
1
0%
0
For centuries, the legend of Robin Hood and his band of Merry Men—a colourful list of characters—has captivated our imagination. The courteous and swashbuckling outlaw of the medieval era is the self-styled king of the Sherwood Forest, Nottingham. Robin Hood is a local hero as he defends the unprivileged against oppression. His enemies are the rich and the corrupt, especially the Sheriff of Nottingham. But Robin Hood’s strongest allegiance is to his band of Merry Men. The Merry Adventures of Robin Hood is a story about flying arrows, lurking danger and medieval intrigue.

Lewis Carroll was the pen name of Charles Lutwidge Dodgson (1832-1898) who was an English mathematician, photographer and Anglican deacon. He is best known for his children’s fiction, Alice’s Adventures in Wonderland and its sequel Through the Looking-Glass.
No Review Found
More from Author