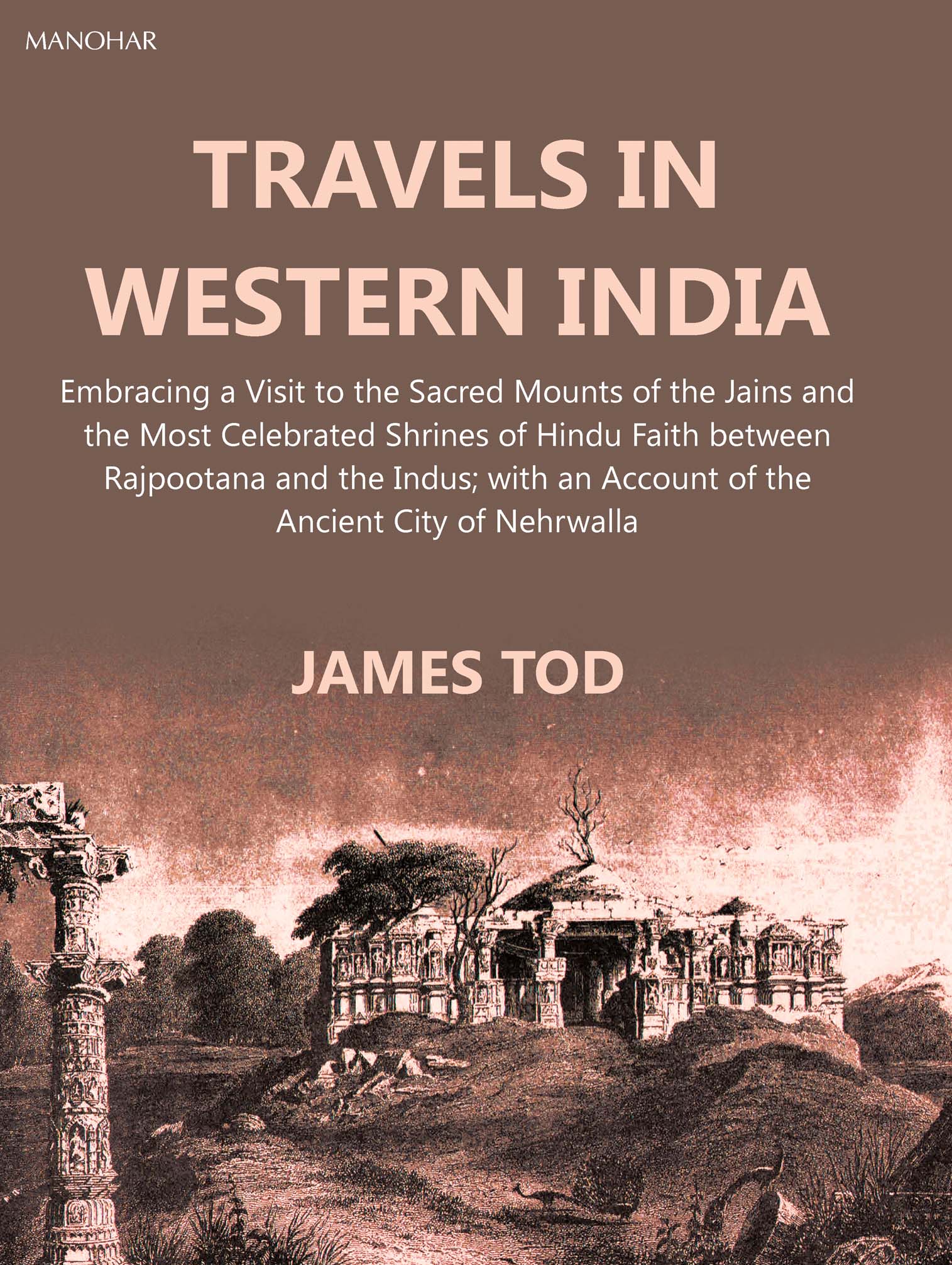 The present work contains a narrative of places visited by James Tod on the way to his return to England. Starting from Udaipur in Rajasthan to Mandavi in Kutch, he traversed Saurashtra and Kutch from where he travelled to Chandravati, Anhilvad Patan, Ahmedabad, Vadodara, Khambhat, Bhavnagar, Valabhi, Palitana, Somnath, Junagarh, Dwarka, Bhuj and several other places. This account is replete with facts and first hand information of these places. Particularly fascinating are his accounts of the Jain temples at Dilwara, Palitana and the Girnar hills and the ancient remains of Chandravati, Ahmedabad, Junagarh, Bhuj and other towns. Equally fascinating are traditions, sects and beliefs of these places which Tod could explain with felicity. Included in the account are fine woodcut illustrations of monuments, plans of some of the places as well as drawings of sundry items observed by Tod.

James Tod (1782-1835) was an English military officer of the British East India Company and an Oriental scholar. He travelled India in 1799 as a cadet in the Bengal army. He rose to become Captain of an escort for an envoy in the Sindian royal court and later Political Agent for some areas of Rajputana. He combined his official role and his amateur interests to create a series of works about the history and geography of India, and in particular the area then known as Rajputana and corresponds to the present state of Rajasthan.
No Review Found
More from Author