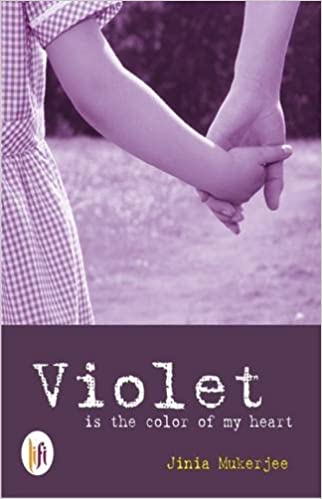 Violet is the Color of My Heart

In Violet is the color of my heart, Jinia Mukerjee captures complex human emotions emanating from everyday experiences and relationships. Most of the stories are set against the backdrop of France. They articulate strong diasporic voices, particularly of women and children, their longings for love and acceptance, their emotions and sensitivities around issues of multiculturalism, exile and, ultimately, their resilience. One finds in them impulses that transcend all realms of cultural diversity and at once speak across continents. A keen observer of subtleties in human behaviour, Mukerjee's treatment of her themes is intensely visual, the personality of each of her characters woven in several layers. Her elegant prose infuses humour and emotion into the stories, effortlessly drawing readers into their compelling worlds.

Jinia Mukerjees short stories focus on the unobserved, unexpressed and often unheeded nuances of human emotions and relationships. Born in Kolkata, and trained as a Clinical Psychologist from University of Kolkata and Macquarie University, Sydney, Australia, she was involved in the rehabilitation of mentally disadvantaged women in India, after which she worked as a Research Clinical Psychologist in Australia. In the south of France, where she lives for the past 14 years, Jinia has worked as a psychotherapist, a lecturer in organisational behaviour in business schools, and is currently pursuing a doctoral fellowship in Management Science. Jinia’s short fictions and poetries have been published in Sahitya Academy’s journal Indian Literature, The Statesman’s festival and weekly editions, while her mental health awareness-raising articles have been published in magazines in France and Australia. Jinia has also co-authored an award-winning Italian book on the politics, aesthetics and the semiotics of the female body that was critically acclaimed and prominently featured in Elle.