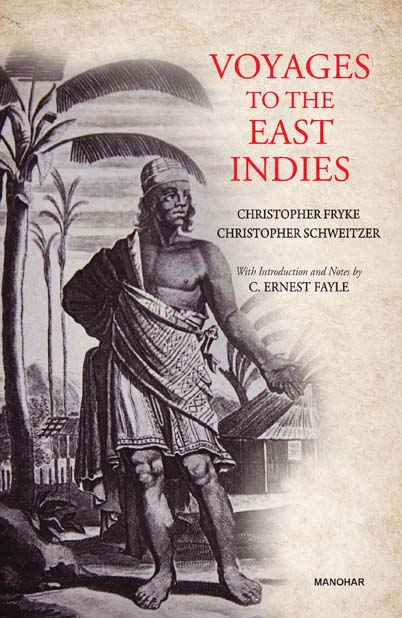 Voyages to the East Indies

Voyages to the East Indies: 1680 to 1686/1676 to 1683 by Christopher Fryke and Christopher Schweitzer was first published in 1700. Both were minor employees of the Dutch East India Company; one a surgeon and the other who volunteered to be a ship`s steward. Engaged for the most part in the humdrum routine of trade, administration and police in the Eastern seas and islands, they present us with a lively picture of everyday life in the great overseas empire of the seventeenth century Netherlands. Shrewd and a keen eye for everything new and strange, their accounts of life on board, of battles and shipwrecks, of seaports from Colombo to Nagasaki, of Cape Hottentots, Sinhalese pearl fishers, Javanese villagers are vivid and detailed. This is an English translation from the Dutch.

Christopher Fryke had a varied and adventurous career. Though he was a surgeon, his chief desire was to travel and see strange countries, for which he came to Amsterdam in the hope of undertaking some voyage to the East Indies as a surgeon. He served as a surgeon in the Ternate and later Europa in the course of which he contrived to visit every center of Dutch trade in Asia.

Christopher Schweitzer of Wurtenberg in Germany being keen on voyages volunteered for the Dutch East India Company`s service as a steward, to later obtain promotion and a wide variety of employment. He was later made Secretary or Overseer of the clerks, at the East India House. Here he remained till the expiration of his contract.
No Review Found