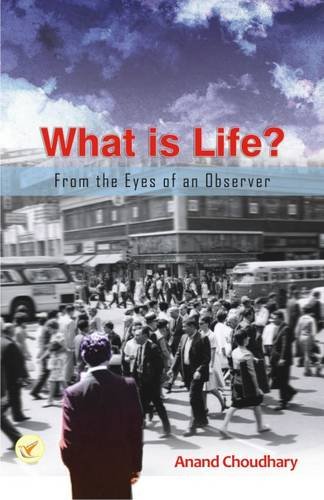 What is Life?: From the Eyes of an Observer

Since the beginning of the recorded time in human history, countless souls have taken birth but today, we remember only those who did something more than just caring to earn their bread. The basic difference between the ordinary mortals and some of the greatest men in human history is that the later listened to their inner voice and had the courage to follow it leading them to the path of greatness. This book helps you connect with your inner self whilst showing you the path to achieve happiness that's everlasting.

Anand Choudhary is a first time author, social entrepreneur and a former journalist based in the city of Katihar in Eastern India. He has a Masters degree in Human Resource and Knowledge Management from Lancaster University Management School, UK. In addition, he also possesses a Postgraduate Diploma in Journalism from the Indian Institute of Mass Communication, New Delhi and BA (Hons) in Psychology. Anand returned to India in 2012 and planted one of the largest high-density mango orchards in the state of Bihar which has provided lots of employment opportunities to the people of his village. He also runs a foundation named `Dr. Sudha Rani Sinha Foundation Trust' in the memory of his beloved mother Prof Sudha Rani Sinha which provides cash prizes to meritorious students of his region. Newspapers including New Indian Express, Dainik Bhaskar, Dainik Jagran, Hindustan and Prabhat Khabar have done several stories on him whilst news channels including www.news18.com, Rastriya Sahara (Bihar & Jharkhand) have reported about his work.
More from Author