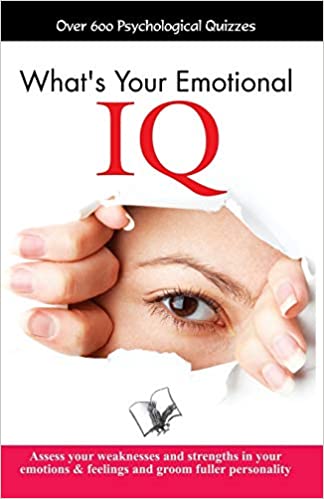 The fascinating 600 psychological quiz Books/Puzzles/Brain Teaserszes in this book promise to reveal your emotional IQ, which would enable you to assess your feelings, capabilities and aptitudes. As you develop self-awareness, you will not only be able to identify the emotional patterns in your life, but will manage them well and will also be able to activate all-round personality Development. This book enables you to: generate fresh enthusiasm and ambition in your life. Live more happily and effectively. Build self-confidence and develop inner peace. Enjoy better interpersonal family and relationships. Rid yourself of unwanted negative emotions. Protect yourself from stress. Cultivate positive thinking. Trigger creativity. Enjoy better mental and physical health.

Dr. Aparna Chattopadhyay is a principal Scientist working with the Indian Agricultural Research Institute, Delhi. She attained her doctorate in Psychology from the Delhi University. Aparna began her career with the psychological foundation, NCERT as a researcher and later devoted herself to analyzing the psychology of farmers, youth and women. She is also a columnist in the Hindustan Times and teaches psychology guiding the post – graduate students, apart from conducting research and extension work in psychological issues. A prolific writer, she has contributed several articles in leading newspapers and magazines of national repute. Her sensitivity to human emotions inspired her to author her book, what’s your emotional IQ? Besides this, she also has a novel and a book of poems in Urdu to her credit.
No Review Found
More from Author