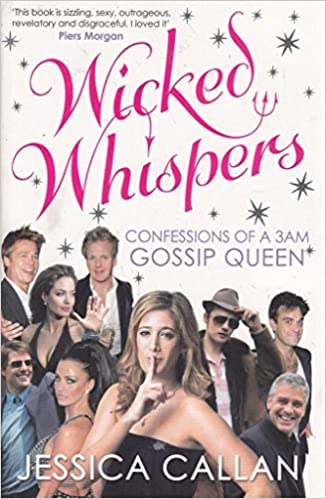 Showbiz writer and ex-Daily Mirror 3am columnist Jessica Callan takes us behind the scenes of Celebsville, deep into the heart of the indignities, the lies and the dodgy deals.

In this slick and terribly indiscreet memoir, she lifts the lid on what celebrities get up to at those after-show parties, how PRs really operate and to what ends she goes to obtain huge tabloid scoops.

Fun, raunchy and packed full of eye-popping revelations, this is gossip heaven for anyone who likes a bit of scandal.

Jessica Callan is well versed in all things celebrity. She was at the helm of the most successful newspaper gossip column in Fleet Street, the Daily Mirror's 3am column, for five years.She joined the award-winning column when it was created in 2000 and has interviewed all the top Hollywood stars including Tom Cruise, J. Lo, Brad Pitt, George Clooney and Nicole Kidman as well as British celebrities such as Mick Jagger, David and Victoria Beckham, Jude Law and Jordan.
No Review Found