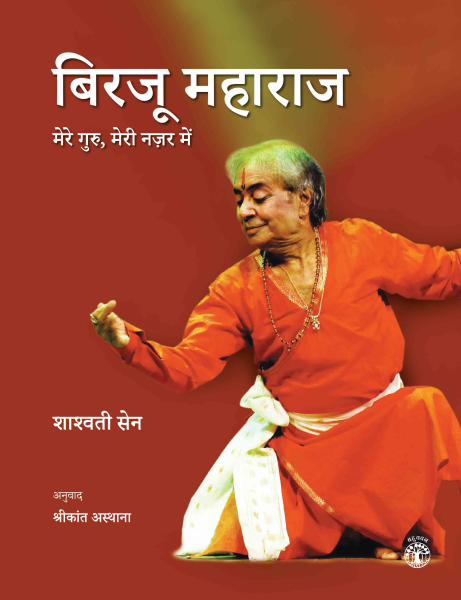 Saswati Sen has known Pandit Birju Maharaj for over forty-five years. Gradually, she began to see the divinity in her talented master and decided to write a book on his life and work. Birju Maharaj: The Master Through My Eyes presents layers of the Kathak maestro’s personality as witnessed by one of his foremost disciples.It reveals how this icon of Indian dance, who is a mentor for thousands and an inspiration for countless people across the globe, is actually an unassuming, simple person outside his artistic world. Accompanied by rare and delightful photographs, this book, the author’s dream project, is a heartfelt tribute to the legendary Birju Maharaj—a man who, among his many achievements, spread awareness of Kathak, not only in India, but abroad, while touching innumerable lives along the way.

Saswati Sen, regarded as one of the best exponents of the famous Lucknow gharana of Kathak, is the driving force behind Kalashram, Pandit Birju Maharaj’s dream institution. She has received the Sangeet Natak Akademi Award, the Sanskriti , the Shringar Mani Award and the Critic’s Recommendation Award. She has performed at the RIMPA (Ravi Shankar Institute for Music and Performing Arts) festival in Varanasi, the Kathak Prasang in Bhopal and Jaipur and the prestigious Khajuraho Festival of dance, among others. After her initial training under Reba Chatterjee Vidyarthi at the Bharatiya Kala Kendra in New Delhi, she was awarded the National Scholarship in 1969 by the Ministry of Culture. She then graduated to become one of the foremost disciples of Pandit Birju Maharaj.
No Review Found