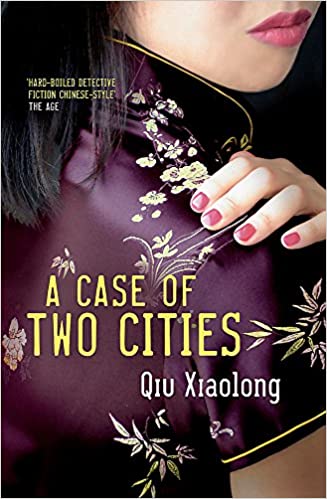 A Case of Two Cities

Inspector Chen Cao of the Shanghai Police Bureau is summoned by an official of the party to take the lead in a corruption investigation - one where the principle figure and his family have long since fled to the United States, beyond the reach of the Chinese government.

But he left behind the organization and his partners-in-crime, and Inspector Chen is charged to uncover those responsible and act as necessary to end the corruption ring. In a twisting case that reunites him with his counterpart from the US Marshall's service - Inspector Catherine Rohn - Inspector Chen must find a measure of justice in a corrupt, expedient world.

Qiu Xiaolong was born in Shanghai. He was selected for membership of the Chinese Writers` Association and published poetry, translations and criticism in China. He has lived in the United States since 1989 and has an M.A. and Ph.D. in Comparative Literature awarded by Washington University. His work has been published in many literary magazines in America and in several anthologies. He has been the recipient of the Missouri Biennial Award, the Prairie Schooner Readers` Choice Award, a Yaddo and a Ford Foundation Fellowship. He lives in St. Louis with his wife and daughter.
No Review Found