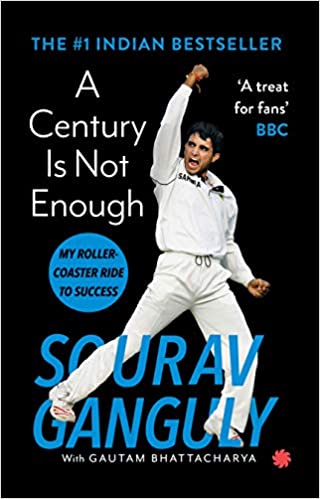 A Century is Not Enough

In this part self-development manual, part memoir, Sourav Ganguly takes you through his life. From his difficult debut in Australia to the highs of the Lord’s century, from beating Pakistan on its home ground to the vindictiveness of Chappell – he looks at how to overcome life’s challenges and come out a winner. Time and time again. Honest, straightforward and deeply moving, a century is not enough is both a sporting classic and a manual for living.

Sourav Ganguly is a former Indian cricketer and former captain of the Indian team. In 2002, the Wisden Cricketers' Almanack ranked him the sixth greatest ODI batsman of all time. He is one of the only three players, in Indian cricket history, to have played more than 100 tests and more than 300 ODI. Sourav Ganguly currently heads the Cricket Association of Bengal. A Padmashree Award winner, Sourav was awarded the Banga Bibhushan Award in 2013. This is his first book, co-written with Gautam Bhattacharya.