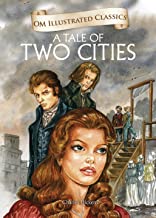 5
0%
0
4
0%
0
3
0%
0
2
0%
0
1
0%
0
A delightful tale of seventeen–year–old Catherine Morland who is born and brought up in a small village and is introduced to the world of the rich and famous. What happens when she falls in love with the rich Henry Tilney? What are the circumstances that separate and then unite the two lovers? The book is also a satire on the obsession with gothic novels in those times, when fiction was often mistaken for fact. Read Jane Austin’s debut novel, Northanger Abbey to discover her brilliant storytelling and wit.