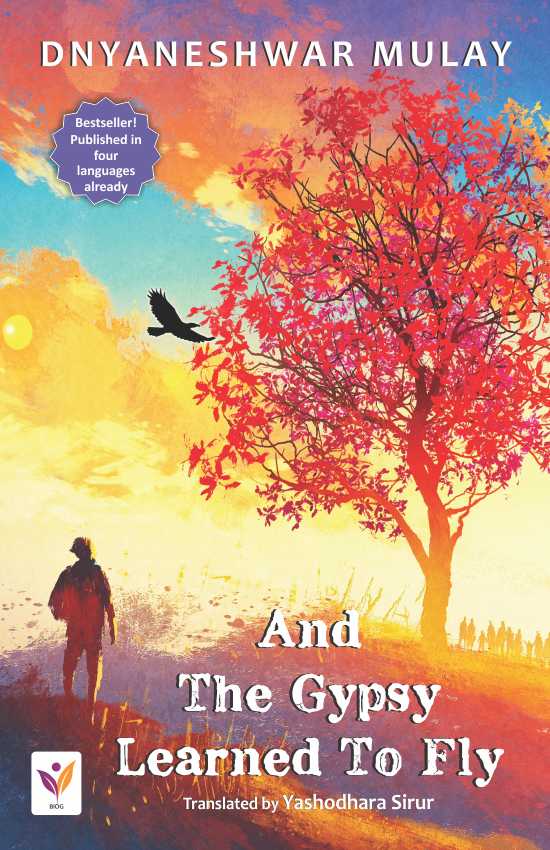 And the Gypsy Learned to Fly

And the Gypsy Learned to Fly is the autobiographical journey of Dnyaneshwar Mulay. The voyage begins from a small village on the Maharashtra-Karnataka border and extends beyond the corridors of power in Delhi and high tables of diplomacy overseas. The narrative goes beyond what an individual goes through in life. In a subtle way, it traces the journey of socio-eco-political changes that have occurred in independent India. Dnyaneshwar Mulay believes that the true foundation of nation building comes through education. He has described how education has been the primary change agent for our nation. A well-known Marathi Literary magazine Antarnad has included its original Marathi book Mati pankha ani akasa in the '100 best Marathi books of the 20th Century.'

Dnyaneshwar Mulay was born in a farmers family in Village Lat of Kolhapur district. He joined the Indian Foreign Service in 1983. He topped in Bachelors Degree in English Literature from Shivaji University, and also in his Masters Degree in Labour Studies from Mumbai University. Besides serving at the Ministry of External Affairs in New Delhi, he has also contributed to work in Indian Missions in Tokyo, Moscow and Port Louis. He served as Minister in Damascus and was Indias longest serving High Commissioner to Male (Maldives) from April 2009 to March 2013. An award winning writer in Marathi and Hindi. He has contributed several books that have been translated into Arabic, Urdu and Dhivehi. He has keen interest in Education, Environment (particularly water security) and socio-economic issues. His book Mati pankha ani akasa is a prescribed textbook at North Maharashtra University. In January 2017, he was awarded Doctor of Literature (D.Litt) by the D.Y. Patil University of Mumbai for his outstanding work in public services. His wife, Dr. Sadhna Shankar, is also a senior civil servant. They have three children.
No Review Found