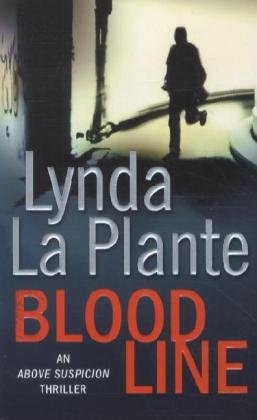 Under the watchful eye of Detective Chief Superintendent James Langton, Anna is given her first case. But is it a full-blown murder investigation or purely a missing person's case? An ominous pool of blood and no victim lead Anna on a desperate hunt for a man who has disappeared without trace.As Anna becomes obsessed with seemingly irrelevant details, Langton fears that she is losing control of the case. They still have no body and Anna is under increasing pressure to make an arrest...

Lynda La Plante was born in Liverpool. She trained for the stage at RADA and worked with the National Theatre and RSC before becoming a television actress. She then turned to writing – and made her breakthrough with the phenomenally successful TV series Widows. Her novels have all been international bestsellers. Her original script for the much-acclaimed Prime Suspect won awards from BAFTA, British Broadcasting and the Royal Television Society as well as the 1993 Edgar Allan Poe Award. Lynda La Plante was made an honorary fellow of the British Film Institute and was given the BAFTA Dennis Potter Award in 2000. She was awarded a CBE in the Queen's Birthday Honours list in 2008 and was inaugurated into the Crime Thriller Writers' Hall of Fame in 2009.
No Review Found