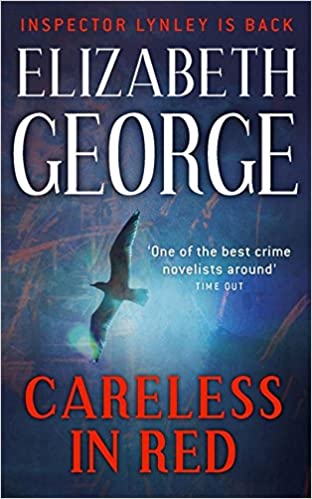 Grief-stricken in the aftermath of his wife's murder, Thomas Lynley cannot imagine how life will go on. He has left his job, his home, and all reminders of her behind him in London.Walking the cliffs of Cornwall, the last thing he expects to find is a body. At first sight, the young man seems to have died in a climbing accident. Tragic, but all too common in a place where nature is at its wildest, and the pathways are dotted with memorials.

But Lynley cannot deny his instincts, and soon, against his every intention, he finds himself drawn into a murder inquiry. This time, as a potential suspect ...

Elizabeth George is the author of highly acclaimed novels of psychological suspense. Her first novel, A Great Deliverance, was honoured with the Anthony and Agatha Best First Novel awards in America and received the Grand Prix de Littérature Policière in France; Well-Schooled in Murder was awarded the prestigious German prize for international mystery fiction, the MIMI '1990'. Her novels have now been adapted for television by the BBC as the Inspector Lynley Mysteries. An Edgar and Macavity Nominee as well as an international bestselling author, Elizabeth George lives in Whidbey Island in the state of Washington.
No Review Found
More from Author