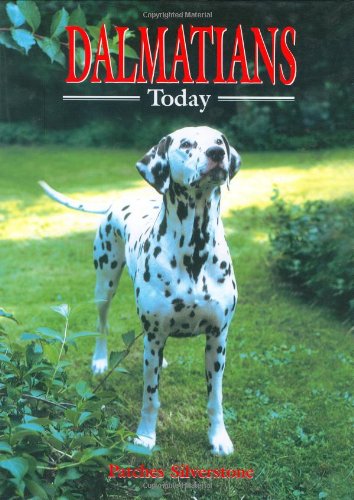 In this comprehensive Book of the Breed, the author examines the origins of the Dalmatian, and focuses on its role as companion dog and show dog. All aspects of choosing and caring for a new puppy are explained, including information on training and socialisation. Advice is given on the exercise and nutritional needs of this large, energetic dog, together with a training regime to allow you to get the very best from your Dalmatian. For the experienced owner, there is information on breeding and genetics. Deafness, a condition associated with Dalmatians, is given special coverage. Lavishly illustrated with colour and black-and-white photography, this is a must for all breed enthusiasts.

Patches Silverstone purchased her first Dalmatian puppy in 1971 and quickly became, and remains, one of the breed's most enthusiastic supporters. Despite running a very busy design business, she has established and maintained the Tanstar line, and has campaigned her dogs on a limited basis. Patches served on the Committee of the British Dalmatian Club (BDC) for nearly 20 years, and has continued to serve as Vice President. Patches first judged in 1979, and at Championship level from 1988. She is also privileged to have judged overseas, in Belgium (twice), Finland, Denmark, Sweden, Australia and New Zealand. Her articles on canine matters have been widely circulated, both in the UK and overseas. For eight years, she edited the BDC's newsletter, Spot of News. In addition, she writes the Dalmatian breed notes in Dog World, one of Britain's weekly dog papers.
No Review Found