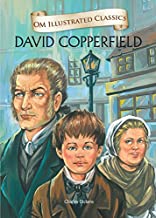 5
0%
0
4
0%
0
3
0%
0
2
0%
0
1
0%
0
Orphaned at a young age, Pip lives with his strict sister and kind brother-in-law in Kent. But two fateful meetings-one with a scary convict in a cemetery and another with the eccentric and wealthy Miss Havisham and her cold daughter Estella-changes everything for the young boy. These encounters spark Pip's aspirations Helped by a secret benefactor, Pip leaves behind his simple life and goes off to the bustling city of London. But will Pip finally get to fulfill his great expectations?