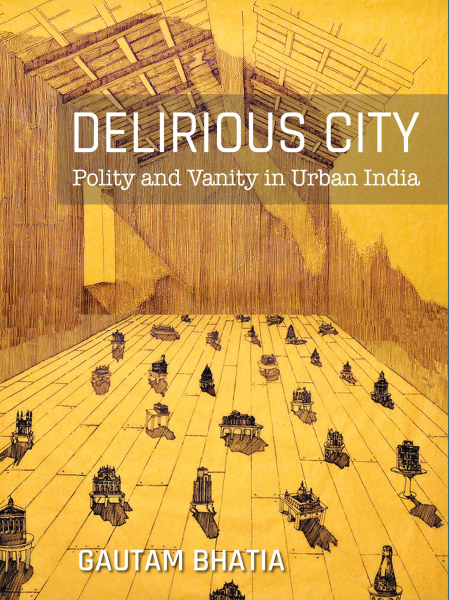 This book grew out of a grainy combination of despair and delight that afflicts the residents of every Indian city. Delirious City: Polity and Vanity in Urban India is as much a collision of various mediums as it is of mixed messages, concocted out of a desperate urge to make sense of the City, its residents, their aspirations, and their perennial expectations. Its aim is to rile and provoke the reader with a disparate arc of writing, drawing, painting, sculpture, and architecture, and relieve the mood in satire.

The discourse begins then by describing urban life as it exists, proceeds down the path of memory to state something of how it used to be, and finally addresses the hope of a different future—of how we may begin to view the places we make with optimism and hope.

Gautam Bhatia is an Indian architect. He grew up in New Delhi and completed his Masters in Architecture at the University of Pennsylvania
No Review Found
More from Author