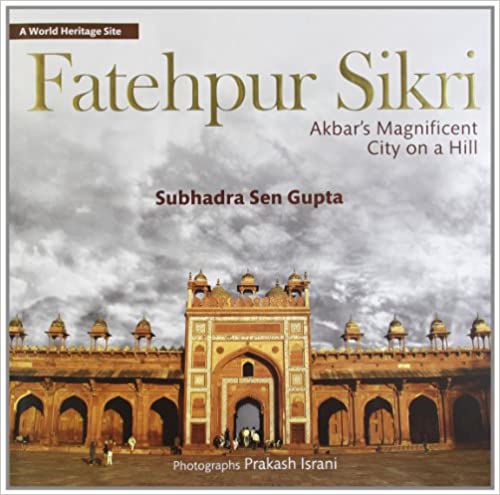 5
0%
0
4
0%
0
3
0%
0
2
0%
0
1
0%
0
Four centuries ago, a magnificent king built his city of dreams on a hill. And then after a few years he walked away from it, never to return. The reason why Jalaluddin Akbar abandoned the city of Fatehpur Sikri remains a mystery. It is a city, of legends, frozen in time, of a grateful king's act of gratitude to a Sufi saint, and of a warrior who raised a giant gateway as an arrogant symbol of his power. The city saw the most gorgeous gatherings in Akbar's court-the poets Faizi and Abdur Rahim, the historian Abul Fazl, the singers Tansen and Baz Bahadur and courtiers like Man Singh, Birbal and Todar Mal. Few cities reflect the character of its builder like Fatehpur Sikri does; that of a hard headed imperialist who was also genuinely humane and tolerant and embarked on an unusual spiritual quest. To understand Jalaluddin Akbar you have to seek him in the red sandstone shadows of Fatehpur Sikri.

Subhadra Sen Gupta touches upon various aspects of Indian history and culture in her fiction and travel writing. She captures the vibrant people, places and history of India.