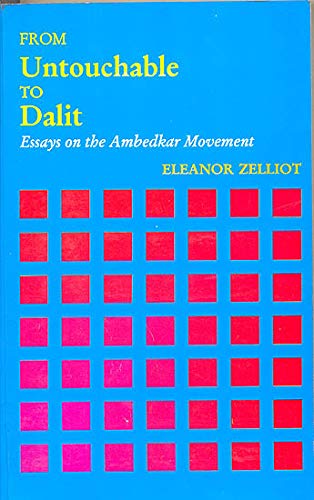 From Untouchable to Dalit: Essays on the Ambedkar Movement

On the Dalit Movement started by Bhimrao Ramji Ambedkar, 1892-1956, Indian statesman and social reformer, in Maharashtra.

Eleanor Zelliot was a scholar of the Ambedkar movement in all its historic, social and cultural facets and also works in the field of medieval bhakti as a historian. She wrote some eighty articles in these fields, some of which are gathered in From Untouchable to Dalit: Essays on the Ambedkar Move­ment (New Delhi: Manohar, 1992, 3rd edn. 2001). She has also written introductions for Vasant Moon’s Growing Up Untouchable, translated by Gail Omvedt (Lanham: Rowman and Littlefield, 2001), and Detlef Kantowsky’s Buddhists in India Today, translated by Hans-Georg Tuerstig (New Delhi: Manohar, 2003).
No Review Found
More from Author