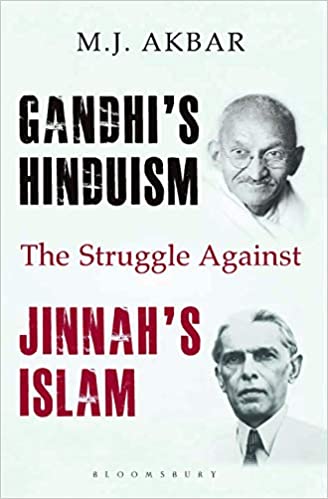 Gandhi, a devout Hindu, believed faith could nurture the civilizational harmony of India, a land where every religion had flourished. Jinnah, a political Muslim rather than a practicing believer, was determined to carve up a syncretic subcontinent in the name of Islam. His confidence came from a wartime deal with Britain, embodied in the 'August Offer' of 1940. Gandhi's strength lay in ideological commitment which was, in the end, ravaged by the communal violence that engineered partition. The price of this epic confrontation, paid by the people, has stretched into generations.

M.J. Akbar is a distinguished writer and Member of Parliament representing the BJP from Madhya Pradesh. During his long career in journalism, he launched, as editor, Indias first weekly political news magazine, Sunday in 1976, and two daily newspapers, The Telegraph in 1982 and The Asian Age in 1994. He has also been editorial director of India Today and The Sunday Guardian. He is also the author of several internationally acclaimed books, including India: The Siege Within; Nehru: The Making of India; Kashmir: Behind the Vale; The Shade of Swords: Jihad and the Conflict between Islam and Christianity; Tinderbox: The Past and Future of Pakistan; and Blood Brothers, a novel. In addition there have been four collections of his columns, reportage and essays.
No Review Found