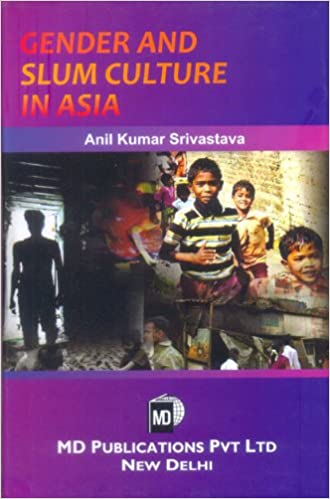 GENDER AND SLUM CULTURE IN ASIA

About one third of the world's population lives in urban slum. The culture of slums provides a great contribution to cities as a labor force, artistic expression and countless other ways. The survival of the over 2 billion slum inhabitants is , therefore, crucial to our world economically and culturally. Countries throughout the world are rapidly urbanizing, particularly in the developing world, and for the first time in human history, the majority of people today are no longer living in rural areas, but rather in cities. In all developing countries, the certainities of rural traditions are giving way to urban life, with its opportunities and risks, its individual freedoms, and its more complex social demands and frameworks of support. Whereas in traditional rural communities, the extended family and established customs used to guide the transition to adulthood, in the rapidly changing urban environment, young people learn much about what to expect and how to behave, from their peers and increasingly from mass media. This has led to the creation of a youth culture, that is urban in nature and that serves as reference point for young people developing their identities, often while challenging their ascribed roles at home, school and work.

Anil Kumar Srivastava obtained Master degree from Lucknow University. He served Archaeological Survey of India, Department of Culture, Ministry of HRD, and national Research Laboratory for conservation of Cultural Property, Department of Culture Ministry of HRD and PresidentÃ¢â‚¬â„¢s Secretariat, Rashtrapati Bhawan, New Delhi. He has in his credit number of national and international awards, Burssary merit scholarship of Lucknow University for two year 1981-82, and British government Fellowship award for the year 1993. He was also awarded Hirayama Silk Road Fellowship award for the year 1994-96 by UNESCO, Paris; participated in number of National and international seminars / Workshop and published amny scientific papers in reputed national and international journals . He is a life member of Academic Societies such as Indian Science Congress Association, Kolkata, and Indian Association for Study of conservation of Cultural Property, New Delhi, Indian Chemical Society, Kolkata, Indian Historical and Cultural Society, New Delhi, Indian Academy of forensic Science, Kolkata. He is presently working as Assistant Director at Central Forensic Science Laboratory, Directorate of Forensic Science, Ministry of Home Affairs, at Hyderabad.