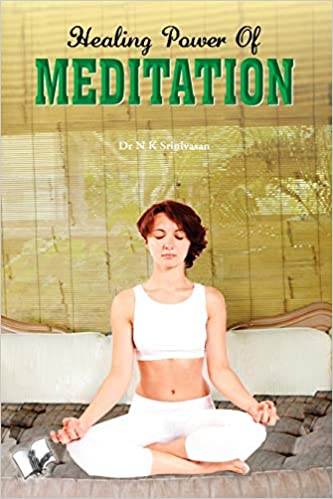 Meditation is widelyaccepted as a method to reduce mental tensions and achieve inner peace and tranquillity, leading to spiritual growth. In this book, various techniques are presented in an easy step-by-step manner, starting with simple techniques that can be practised for just a few minutes.


The benefits have been clearly described to enable the practitioner track his or her progress. The best traditions of meditation in India are presented so that modern folk with limited background of Yoga and Meditation and Indian philosophy can follow the steps. One can learn these techniques without a personal instructor. A detailed chapter on Chakras and Kundalini Yoga is valuable for serious Meditators. The Buddhist meditation, widely used in the West and meant for awakening inner joy, are described in a separate chapter. Creative visualization—a meditational technique to achieve practical goals in business life is also given. The book dispels common doubts about the efficacy of meditation and guides and motivates the reader towards the best meditation practices.

Dr. N. K. Srinivasan was born in Chennai in 1943. He studied engineering at the Indian Institute of Science, Bangalore and later obtained doctorate in engineering from Columbia University , USA. Thereafter, he served BARC, ISRO, PSG College of Technology and DRDO in various capacities. He has authored four technical books. Since 1983, he has been imperceptibly influenced by Shirdi Sai Baba. He is founder – trustee of two charitable trusts – one for blind children and the other for Shirdi sai Vendanta.
More from Author