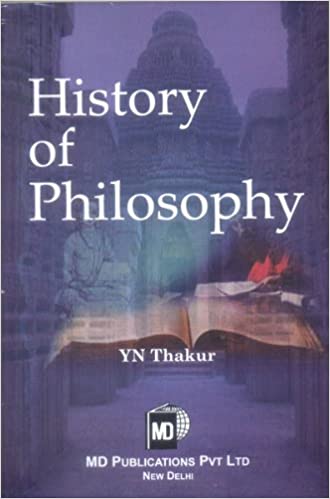 History of Philosophy is an essential introduction to a vast body of writing about history, from classical Greece and Rome to the modern world. This book explains the crucial differences between speculative philosophy as an enquiry into the content of history, and analytic philosophy of history as relating to the methods of history. This book provides a comprehensive survey of historical thought since ancient times. Its clear terminology and lucid argument will make it an invaluable source for students and teachers alike. Introduction to the Philosophy of History remains one of the most profound and influential books on the history of philosophy. In clear and cogent terms this book examines the ideas and arguments of the Introduction to the History of Philosophy and it explains a knowledge of which is essential for fully understanding the philosophy of history.

YN Thakur, born and educated in Calcutta is a science graduate having MA degree in Philosophy and History and also having knowledge of English, Bengali and Hindi. A teacher by profession, he was in Government College and now retired from there as a Reader. He is a distinguished scholar specializing in Jainism, Buddhism and Tantric Literature and edited some books on these subjects.

His path-breaking book Accidental India fetched him acclaim as a public intellectual. A journalist for over three decades, Aiyar has covered every parliamentary election since 1984. His 1991 scoop on India pledging its gold reserves drew world attention to the crisis in the economy which consequently compelled liberalisation. Aiyar has analysed every Budget since liberalization.

As a columnist Aiyar specializes in the interface of politics and economics. He has authored a study on India’s socio-economic fault lines and its hundred worst districts. His investigation on twenty-five years of political corruption is part of an anthology. He has been a Wolfson Chevening Fellow at Cambridge University where he studied the lifecycles of emerging economies. Aiyar is a Visiting Fellow at the IDFC Institute.

He is currently working on his third book and policy research on evolving demographics and implications for the next economy.


No Review Found
More from Author