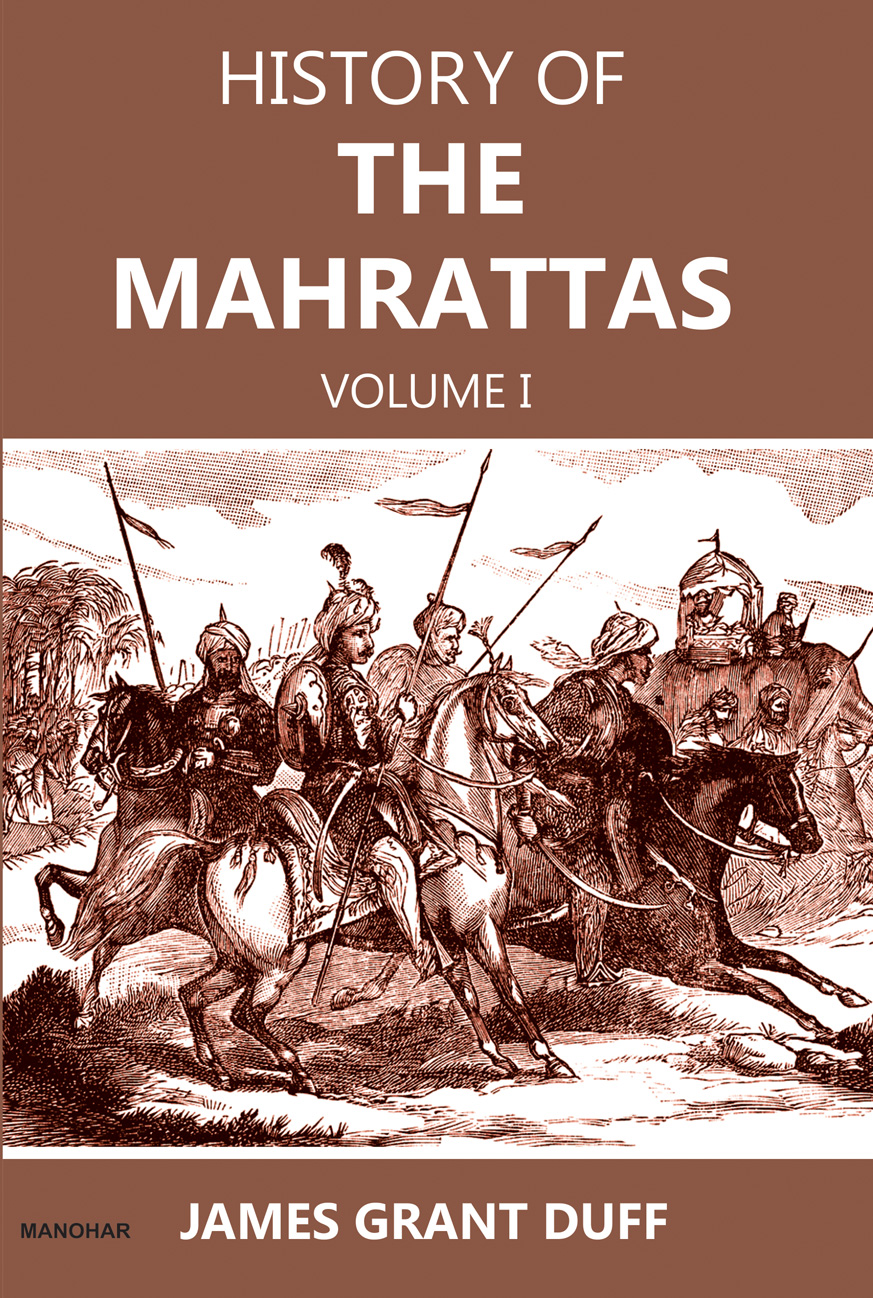 History of the Mahrattas (Volume I)

History of the Mahrattas published in 3 volumes was the first attempt at a systematic and detailed history of the Marathas from 1000 a.d. till the overthrow of the Maratha power by the British in 1818. It covers the rise of the Marathas under the Shahji, Shivaji and his successors as also the rise and decline of the Marathas under the Peshwas. Duff had been collecting the material for his work through his access to State papers, family and temple archives, access to the records of the Bombay Government, records of the Surat factory and of the Portu­guese Government, and atleast hundred relevant Persian and Marathi manuscripts, and most importantly he could acquire information due to his personal acquaintance with many of the Maratha chiefs and important Brahmin jagirdars.

James Grant Duff (1798-1858) was a British soldier and historian and became a civil servant of the East India Company. He saw the operations against the Peshwa Bajirao II, terminating in his overthrow. He was later appointed to the important office of Resident of Satara state in 1818.
No Review Found
More from Author