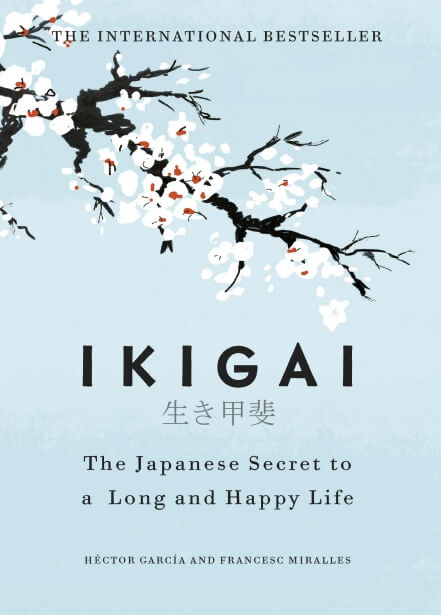 IKIGAI: The Japanese secret to a long and happy life

The people of japan believe that everyone has an ikigai

-a reason to jump out of bed each morning.

Inspiring and comporting, this book will give you the life-changing tools to uncover your personal ikigai. It will show you how to leave urgency behind, find your purpose, nurture friendships and throw yourself into your passions.

Francesc Miralles is the award-winning and internationally bestselling author of books about how to live well. Alongside Hector Garcia, he was welcomed by the mayor Okinawa in Japan, where the inhabitants live for longer than in any other place in the world. There they had the chance to interview more than a hundred villagers about their philosophy for a long and happy life.

HÃ©ctor GarcÃ­a is a citizen of Japan, where he has lived for over a decade, and of Spain, where he was born. He is the author of several books about Japanese culture, including two worldwide bestsellers, A Geek in Japan and Ikigai. A former software engineer, he worked at CERN in Switzerland before moving to Japan.
No Review Found