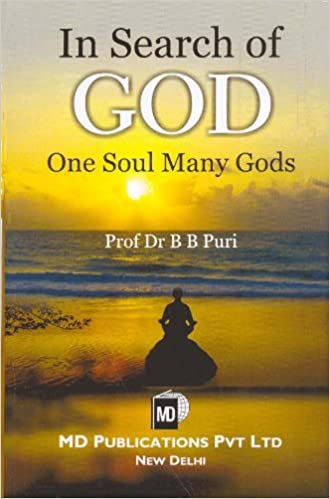 IN SEARCH OF GOD ONE SOUL MANY GODS

This book is especially dealing with the vast experience & knowledge from the learned author. Author conveys the messages in view of the nature of the soul, destiny and your true purpose in life, inner peace, healthy mind, body, & Soul, with the same soul and many God's, you will find out, how to transform your life, your relationships with your family, society and Nation with the different religion of the world, through the ultimate healing power of love. Life goes beyond our five senses, the receptive to new knowledge (Gyan), with new experience, our task is to learn, to become same sould (God-like) through knowledge. This book is ongoing research in the field of humanity & world peace, understanding & respect for other religions in the universe to live in harmony and peace. We are a multi religions society and that is our strength. In this 21st Century we are too busy in looking after only the garden of materiallistic gains. We have neglected the garden of spirituality which is the stork house of peace, love, inner power & happiness, etc.

Prof Dr. BB Puri is multifaceted personality and he is a Senior Practicing architect, Research Scholar, Author and Vastu Advisor. He is associated with numerous professional organizations. His achievements highlight his versatile character. Prof Puri has added a new research dimention and scientific approach to vadic cultute making it a modern concept. His mission is to propagate the new dimentions in the vadic Philosophy and get due recognition for it. Prof Puri creative ability has earned him many commendations from Dr. Zakir Hussain, Shri V V Giri, Dr. Giani Singh, and Dr. Shakar Dyal Sharma, Shri K R Narayanan, Former Presidents of India. He was also honored with a shield and testimonial by Smt. Indira Gandhi and Shri Rajiv Gandhi, Former Prime Minister of India. He has traveled widely and has participated in and headed many National and International Conferences and Seminars. Prof Puri has written more than 120 books, The then Hon\' ble President of India has released his popular books titled â€œ Vedic Architecture in Art of Living \'and â€œ Applied Vastu Shastra in Modern Architecture\"Â His latest book titled â€œ Vastu Science for 21st Century to enjoy the gift of Nature . The Ageless Mind, The Art of Blissful Living, Spiritual Laws of Vedic Philosophy and Life Before Death\' have been well received.
No Review Found
More from Author