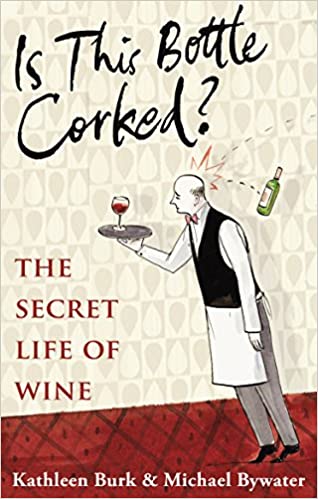 Is this Bottle Corked?: The Secret Life of Wine

What was Falstaff drinking when he called for more sack? What did they actually drink at Plato's Symposium? Why does Bridget Jones drink Chardonnay? Why do we drink to forget (and why doesn't it work)? All these and many other intriguing questions will be answered in Is this Bottle Corked? As much for bon vivants and those of us who just enjoy a good glass or two as for the committed oenophile, this book is guaranteed to provide readers with a 'Yes, but did you know . . .' for every time a cork is drawn.

Kathleen Burk was born and raised in California and as the daughter of a grape farmer she has wine in her bones. Whilst at the University of California at Berkeley, she travelled around Napa Valley tasting wine, riding pillion on a 750cc motorcycle. At Oxford she discovered European wines, to which she is devoted. She has achieved a Diploma in Wine and Spirits; this is the level just below that of the Master of Wine, of which there are about 250 in the world. She writes for The World of Fine Wine, the leading magazine for those interested in both its culture and taste, and is a judge for the International Wine and Spirits Competition. She is the Professor of Modern and Contemporary History at University College London. Her newest book is Old World, New World: the Story of Britain and America.

Michael Bywater is an author and broadcaster whose recent books include Lost Worlds (Granta, 2004) and Big Babies (Granta, 2006). He writes regularly for the Independent, where he is also Quizmaster of the Saturday Review, and for the Daily Telegraph, the Sunday Times and numerous other publications. He is a regular broadcaster for the BBC, and Development Executive for Studio Lambert Television. To keep himself honest, he intermittently teaches Tragedy for the English tripos at a number of Cambridge colleges. His next book is Like Brothers: Men and Friendship to be published by Granta Books next Spring.
No Review Found