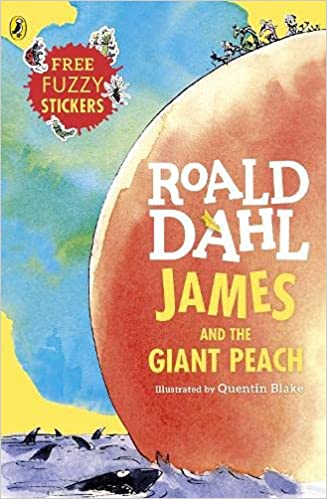 James And The Giant Peach

5
0%
0
4
0%
0
3
0%
0
2
0%
0
1
0%
0
"A true genius . . . Roald Dahl is my hero" - David Walliams From the world's NUMBER ONE STORYTELLER, James and the Giant peach is a children's classic that has captured young reader's imaginations for generations. James Henry Trotter lives with two ghastly hags. Aunt Sponge is enormously fat with a face that looks boiled and Aunt Spiker is bony and screeching. He's very lonely until one day something peculiar happens. . . At the end of the garden a peach starts to grow and GROW AND GROW. Inside that peach are seven very unusual insects - all waiting to take James on a magical adventure. But where will they go in their GIANT PEACH, and what will happen to the horrible aunts if they stand in their way? There's only one way to find out . . .

Roald Dahl (Author) Roald Dahl was a spy, ace fighter pilot, chocolate historian and medical inventor. He was also the author of Charlie and the Chocolate Factory, Matilda, The BFG and many more brilliant stories. He remains The Worlds Number One Storyteller. Quentin Blake (Illustrator): Quentin Blake has illustrated more than three hundred books and was Roald Dahls favourite illustrator. In 1980 he won the prestigious Kate Greenaway Medal. In 1999 he became the first ever Childrens Laureate and in 2013 he was knighted for services to illustration.
No Review Found
More from Author