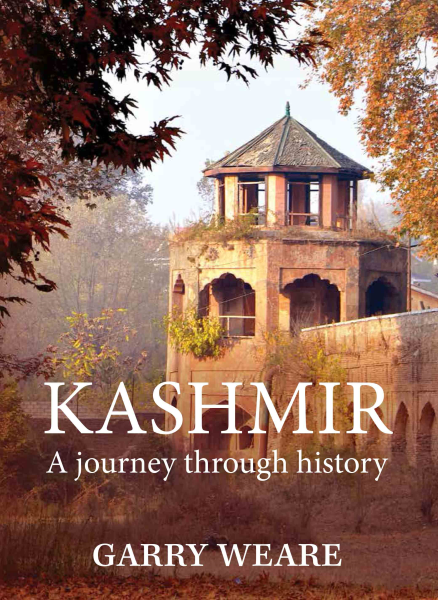 Kashmir: A journey through history

Kashmir: A journey through history will appeal to the armchair traveller and history buff. Neither an academic tome nor a guidebook, it describes how Kashmir—ringed by snow-capped peaks—has attracted pilgrims and Sufis, armies and traders, travellers and adventurers, over the centuries.

Weare creates engaging story lines that capture the passage of Buddhist, Hindu and Islamic influences which have shaped Kashmir’s rich cultural history. The book traces the journey of the region from its ancient times to the present, with chapters highlighting periods in history, such as the role of the Mughal emperors. The Treaty of Amritsar signed by the British East India Company and Maharaja Gulab Singh of Jammu, in 1846, created the princely state of Jammu and Kashmir.

In October 1947 Maharaja Hari Singh signed the Instrument of Accession to India. Since then Kashmir has been subject to decades of instability, along with years battling insurgency, as it continues on its long walk to normalcy.

Garry Weare has had a long-standing relationship with the Himalaya, since leading his first trek in Kashmir in 1973. After a two-year stint in the Australian outback, Weare returned to Kashmir where he pioneered many classic treks. He also met the co-founders of Australian Himalayan Expeditions, now World Expeditionsâ€” one of the worldâ€™s leading adventure travel companies, with whom Weare still maintains a close working relationship. For 13 years Weare had an idyllic lifestyle organising and leading treks from the comfort of his houseboat in Kashmir. Following the outbreak of political unrest in Kashmir in 1990, Weare returned to Australia. However he travelled regularly to Kashmir and other regions of the Indian Himalaya, leading exploratory treks or researching his Trekking in the Indian Himalaya. He also wrote A Long Walk in the Himalaya, an account of his epic five-month trek from the source of the Ganges to Kashmir Weare is the Australian Secretary for the Himalayan Club, a fellow of the Royal Geographic Society and has been awarded for his outstanding contribution for promoting adventure travel in the Indian Himalaya. Weare is also a founding director of the Australian Himalayan Foundation. He has a daughter and two stepdaughters and lives with his wife Margie Thomas in the Southern Highlands, NSW, Australia.
No Review Found