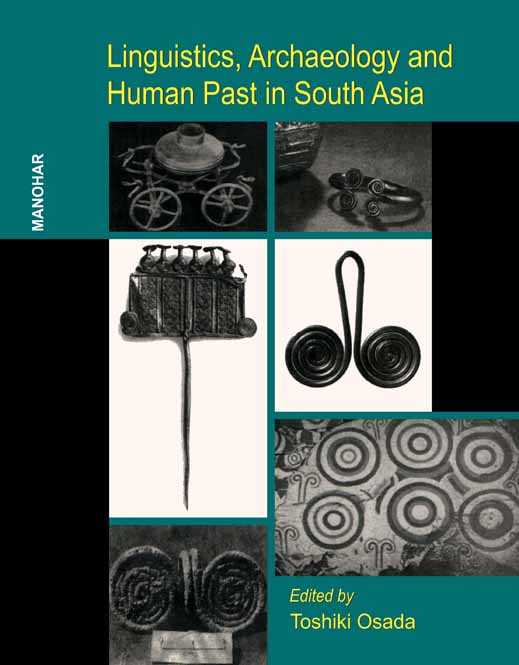 Linguistics, Archaeology and Human Past in South Asia

The book contains a selection of papers presented at the 7th Harvard Roundtable on Ethnogenesis of South and Central Asia co-organized by the Department of Sanskrit and Indian Studies, Harvard University and Research Institute for Humanity and Nature (RIHN), Kyoto, Japan.

The papers included are:

1. The Origin, Context and Function of the Indus Script: Recent Insights from Harappa by J.M. Kenoyer,

3. Early Farmers: Issues of Spread and Migration with Respect to the Indian Subcontinent by P. Bellwood,

4. A New Indus Seal Excavated at Gonur (Turkmenistan) in November 2004 by Asko Parpola,

7. How many Proto-Munda Words in Sanskrit?: With Special Reference to Agricultural Vocabulary by Toshiki Osada,

8. Silence Before Sedentism and the Advent of Cash-Crops by D.Q. Fuller,

9. Indo-European Epics and Comparative Methods: Pentadics Structures in Homer and the Maha­bharata by N. Allen,

10. A«sv«ın- and N«āsatya- in the Rigveda and their Prehistoric Background by T. Goto, and

Toshiki Osada is a Professor at the Research Institute for Humanity and Nature (RIHN)., Kyoto and the leader of Indus Project since 2007. He is a linguist working on South Asian Languages, especially the Munda languages spoken in Jharkhand. He has edited the books titled Indus Civilization: Text and Context, vol.1 (2006), vol.2 (2009) and Linguistics, Archaeology and the Human Past in South Asia (2009), all published from Manohar.
No Review Found
More from Author