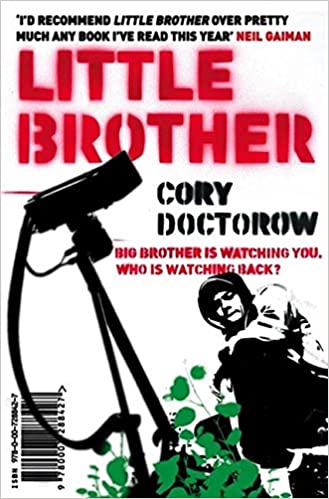 The ultimate tale of teen rebellion – one seventeen-year-old against the surveillance state.

Big Brother is watching you. Who’s watching back?

Marcus is only seventeen years old, but he figures he already knows how the system works – and how to work the system. Smart, fast and wise to the ways of the networked world, he has no trouble outwitting his high school’s intrusive but clumsy surveillance systems.

But his whole world changes when he and his friends find themselves caught in the aftermath of a major terrorist attack on San Francisco. In the wrong place at the wrong time, Marcus and his crew are apprehended by the Department of Homeland Security and whisked away to a secret prison, where they’re mercilessly interrogated for days.

When the DHS finally releases them, Marcus discovers that his city has become a police state, where every citizen is treated like a potential terrorist. He knows no one will believe his story, which leaves him only one option: to take down the DHS himself.

Cory Doctorow is co-editor of BoingBoing.net and the former European director of the Electronic Frontier Foundation. He writes columns for Make, Information Week, the Guardian online and Locus. He has won the Locus Award for his fiction three times, been nominated for the Hugo and the Nebula, won the Campbell Award and was named one of the internet’s top 25 influencers by Forbes magazine and a Young Global Leader by the World Economic Forum. He hopes you’ll use technology to change the world.
No Review Found