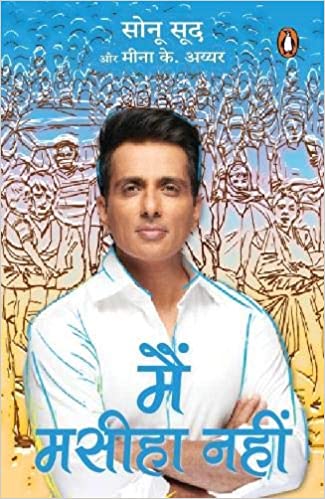 Sometimes, a little nudge from the universe pushes one to find his raison d'etre in life. If actor Sonu Sood had given in to the celebrity syndrome of sitting in his ivory tower and expressing his generosity by remote control, he would have never come face to face with the trauma of India's migrant labourers or understood that a food packet was a woefully inadequate substitute for a ride back home.During the nationwide lockdown, imposed in the wake of the COVID-19 pandemic, when a wave of poverty-stricken migrants set out on foot to make their arduous journey back home, the value of seva, service to mankind, instilled in him by his parents, spurred Sonu Sood into action. From taking to the streets and reaching out to the stranded, to setting up a dedicated team and making arrangements for national and international transport, Sonu managed to help thousands of helpless and needy workers. Thus, began his 'Ghar Bhejo' programme, carried out like a humanitarian mission. Chartered flights, buses and trains were sanitized and paid for. Distress calls from all over the world were answered. Soon, the movement snowballed into a campaign for providing jobs, medical facilities and educational aid to workers. The silver-screen villain transitioned into a real-life superhero.In his memoir, I Am No Messiah, Sonu Sood combines the extraordinary experiences of his journey from Moga to Mumbai with the writing skills of veteran journalist and author Meena K. Iyer. Honest, inspirational and heart-warming, this is the story of Sonu Sood and of the people whose lives he continues to transform.

Meena K. Iyer was the editor of Bombay Times, a film critic at the Times of India and edited DNAs After Hrs She has been an active media professional for the last thirty-nine years. She co-authored Rishi Kapoors bestselling book, Khullam Khulla: Rishi Kapoor Uncensored. She resides in Mumbai and is currently heading a film company.

Sonu Sood is an international film actor, producer, entrepreneur and social worker. He has won several awards for his work in films. He is also the recipient of the United Nations Development Programmes SDG Action Award for his humanitarian work during the COVID-19 pandemic. The stories of his migrant rescue mission feature in school texts in Andhra Pradesh as lessons in ethics. A fitness enthusiast with exemplary people skills, Sonu is now a household name. He resides in Mumbai with his wife, Sonali, and their two sons, Eshaan and Ayaan.