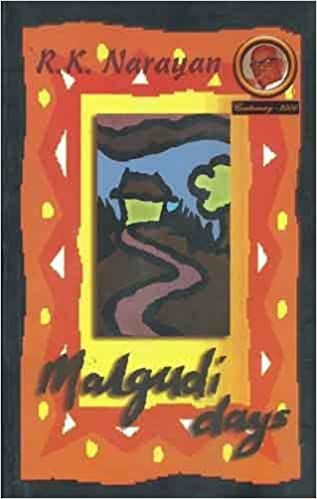 The book Malgudi Days is a collection of short stories written by R.K. Narayan and published by Indian Thought Publications in India in the year 1943. Outside India the book was republished by Penguin Classics in 1982. Malgudi days is a collection of 32 fictional stories set in a small beautiful town called Malgudi in South India. Every story is based on the problems faced by nation in general during that era.

The Malgudi Days story has been applauded round the world. Actor and director, Late Shankar Nag had directed the televised series of stories of Malgudi Days in 1986. Film-maker Kavitha Lankesh has redirected the series which was telecasted in 2006. The Malgudi Days series was very popular, do read the book and got to know more about it. Powerful, magical portraits of all kinds of people and comprising stories written over almost forty years, Malgudi Days presents Narayan's imaginary city vividly. On R. K. Narayan’s 108th birthday Google commemorated by featuring a Google Doodle showing him behind a copy of Malgudi Days in 2014.

R.K. Narayan is one of the most prominent Indian novelists of the twentieth century. Born in 1906, Narayan was the recipient of the National Prize of the Indian Literary Academy, India\'s highest literary honor. His numerous works Mr. Sampath - The Printer of Malgudi, Swami and Friends, Waiting for Mahatma and Gods, Demons and Others, all published by the University of Chicago Press.
No Review Found
More from Author