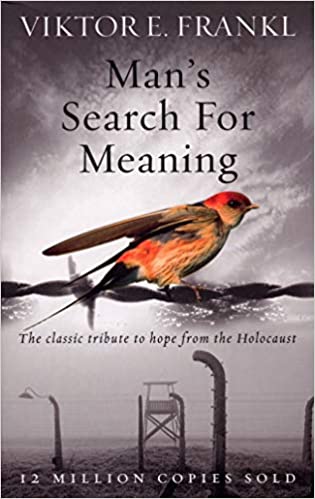 Man's Search For Meaning: The classic tribute to hope from the Holocaust

A prominent Viennese psychiatrist before the war, Viktor Frankl was uniquely able to observe the way that he and other inmates coped with the experience of being in Auschwitz. He noticed that it was the men who comforted others and who gave away their last piece of bread who survived the longest - and who offered proof that everything can be taken away from us except the ability to choose our attitude in any given set of circumstances.

The sort of person the prisoner became was the result of an inner decision and not of camp influences alone. Only those who allowed their inner hold on their moral and spiritual selves to subside eventually fell victim to the camp's degenerating influence - while those who made a victory of those experiences turned them into an inner triumph.

Frankl came to believe that man's deepest desire is to search for meaning and purpose. This outstanding work offers us all a way to transcend suffering and find significance in the art of living.

Viktor Frankl was born in 1905 and was a Viennese psychiatrist and neurologist who developed the theory of logotherapy. Logotherapy is a type of existential analysis. He was a student of the University of Vienna where he studied medicine, focusing on the subjects of suicide and depression. Although he was influenced by Alfred Adler and Sigmund Freud, his work in the field of psychiatry was very different from theirs. He has won many illustrious awards in his time. He passed away on September 2, 1997.
No Review Found
More from Author