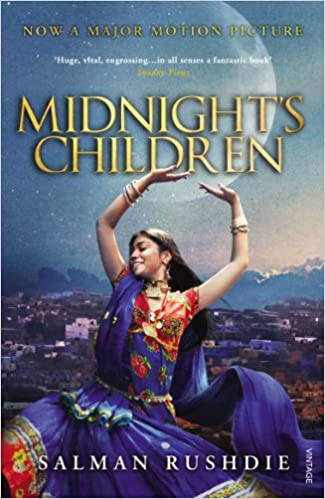 'Midnight’s Children’ by the renowned author Sulman Rushdie is an epic novel that opens up with a child being born at midnight on 15th August, 1947, just at a time when India is achieving Independence from centuries of foreign British colonial rule.

Winner of Booker Prize, this book has been added in the list of Great Book of the 20th century and narrates the story of Saleem Siana and the times he lives with the newborn nation.

Divided in three parts, the novel begins with the story of Siani’s family and the various events that lead to India’s independence and eventually to partition. Born precisely at the midnight, Saleem was born with telepathic powers and later discovers that all the kids born in India between 12 A.M. and 1 A.M. are impregnated with the special power.

Using his telepathic powers, he assembles a conference with all kids to reflect upon the issues like culture, linguistic, religion and political differences to shape the nation. Highlighting the relation between father and son and a nation yet in its nascent stage, it is an enchanting family adventure with lots of human drama and shocking summoning.

The novel has also been adapted as a stage show by the Royal Shakespeare Company in the year 2003.

Sir Salman Rushdie is the multi-award winning author of twelve previous novels: Midnight's Children which won the Booker Prize (1981) and the Best of the Booker Prize (2008), Grimus, Shame, The Satanic Verses, Haroun and the Sea of Stories, The Moor's Last Sigh, The Ground Beneath Her Feet, Fury, Shalimar the Clown, Luka and the Fire of Life, The Enchantress of Florence and his recent Two Years, Eight Months and Twenty-Eight Nights. His memoir, Joseph Anton, published in 2012, became an acclaimed bestseller, praised as 'the finest memoir [. . .] in many a year' (Washington Post). He has also published one collection of short stories, East, West and three works of non-fiction: The
Jaguar Smile, Imaginary Homelands: Essays and Criticism 1981-1991 and Step Across This Line. Rushdie has also co-edited two anthologies, Mirrorwork and Best American Short Stories 2008. His books have been translated into over forty languages. He is a former president of American PEN.