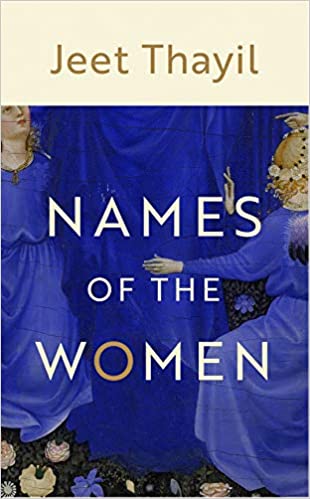 Names of the Women

From the Booker-shortlisted author of Narcopolis, in prose of extraordinary power, a novel about the women whose roles were suppressed, reduced or erased in the Gospels.'Dazzling, smouldering . . . It is literally a tale that's waited a thousand years to be told.' MARLON JAMES, WINNER OF THE 2015 MAN BOOKER PRIZENames of the Women begins with Christ on the cross addressing Mary of Magdala, asking her to bear witness to his death. As the novel unfolds, it tells the stories of fifteen women whose lives overlapped with the life of Christ. Lydia and Assia, Martha and Mary of Bethany, Junia the Widow of Jerusalem, Susanna the Barren, Ariamma the Canaanite, and others whose names have been spoken only in passing or not at all. Women who stayed with Christ through the crucifixion, when his disciples had abandoned him, and who spread his radical message - one that made them equals and a profound threat to power within the church.Together, the voices of the women dare us to reimagine the story of the New Testament in a way it has never before been told.*A 'BOOKS OF 2021' PICK IN THE FINANCIAL TIMES AND NEW STATESMAN*

Jeet Thayil was born in Mamalasserie, Kerala, in 1959 and educated in Jesuit schools in Bombay, Hong Kong and New York. He worked as a journalist for twenty-three years before writing his first novel. His five poetry collections include Collected Poems, English and These Errors Are Correct, which won the 2013 Sahitya Akademi Award. He is the editor of The Bloodaxe Book of Contemporary Indian Poets. Jeet Thayil’s novel Narcopolis won the 2012 DSC Prize for South Asian Literature and was shortlisted for five other prizes, including the Man Booker Prize, the Man Asian Literature Prize and the Commonwealth Prize.