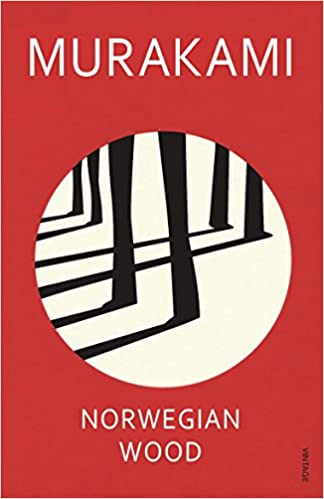 When he hears her favourite Beatles song, Toru Watanabe recalls his first love Naoko, the girlfriend of his best friend Kizuki. Immediately he is transported back almost twenty years to his student days in Tokyo, adrift in a world of uneasy friendships, casual sex, passion, loss and desire - to a time when an impetuous young woman called Midori marches into his life and he has to choose between the future and the past.

'Evocative, entertaining, sexy and funny; but then Murakami is one of the best writers around' Time Out

'Such is the exquisite, gossamer construction of Murakami's writing that everything he chooses to describe trembles with symbolic possibility' Guardian

'This book is undeniably hip, full of student uprisings, free love, booze and 1960s pop, it's also genuinely emotionally engaging, and describes the highs of adolescence as well as the lows' Independent on Sunday

Haruki Murakami is the author of many novels as well as short stories and non-fiction. His books include Norwegian Wood, The Wind-Up Bird Chronicle, Kafka on the Shore, 1Q84, What I Talk About When I Talk About Runnin g, Colorless Tsukuru Tazaki and His Years of Pilgrimage, The Strange Library and Wind/Pinball. His work has been translated into more than 50 languages and the most recent of his many international honours are the Jerusalem Prize and Hans Christian Andersen Literature Award